If you've passed through the Okie Heartland recently, or live within it's humble borders, you may have noticed an uncanny trend of warm, pseudo-Spring-like weather since Christmastide.  Not a flurry nor a day of freezing temperatures, that I can recall anyway.  Not in February, and not in March.  Well as I've maintained before, Oklahoma is already a bit it's own Twighlight zone, and the weather is no exception.  After all, we have the #1 Meterology school in the WORLD at our own University of Oklahoma-Norman campus because of our funky, educational changes in climate (+ tornadoes, cue the movie "Twister").

This begs the question:  why the warm winter?  A happy smile from above? Just one of those serpentine meanderings that nature takes throughout cosmological time? How about a sign of global warming?

I suspect some of my fellow trads will rule out global warming.  Before all my fellow traditionalists, I must confess I do believe in it for two reasons.

1.  Science.  Drawing on logic, I find it highly unlikely that the overwhelming majority of environmental scientists in the last several decades would be SO blinded by intellectual pride and new age earth worship that the encyclopedic data they put forward to support global warming would so biased and skewed to cast doubt on the established scientific theory.   For the sake of argument, let's say most DO succumb to these vices, but we are talking about global consensus of world congresses of the most reputable scientists.

There is a supreme place for the Baltimore catechism, and a high place for the humanities--especially Catholic-oriented Literature, but there is also a very important place for science.  This is Thomistic.  According to the Angelic Doctor, knowledge of the Creator is based on knowledge of His Creation. 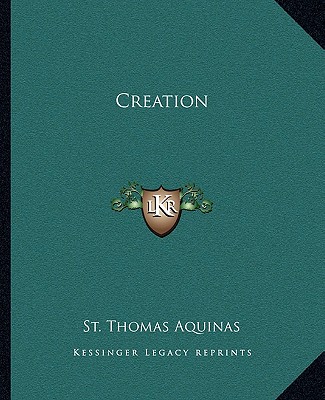 2.  Philosophy--i.e. Catholic philosophy.   As Thomistic philosopher of science Fr. S.L. Jaki articulated,  while modern science may tend to separate itself from philosophy, especially that inspired by the Catholic system, a true life of faith necessarily wed to philosophy cannot be something separate from natural science. Otherwise faith is based on blindness or emotion, and not reason.

So, to me, from a Catholic philosophical perspective, looking out across the Globe these couple centuries, one cannot help but see modern man raping the Earth.  Descartes was one of the pioneers of the modern experiment, and he decided that the human mind is separate from the human body.  Later modern philosophers would extend this to a "Man vs. Nature" philosophy.  Cue Charles Darwin and Jack Landon's Call of the Wild.

The dynamic basically works like this:  if the mind floats above and disconnected from the body, so modern man has dicatorship over nature, and is not bound by its laws.  We do not have to "act in conformity with nature," which is one of the precepts of Natural Law ethics.  How that plays out in modern history is alarming.

There are little checks in place to curtail modern man raping the Earth, from the industrial revolution to nuclear weapons to environmental pollution.  The common denominator is a few powerful tycoons with modern technology aimed at the surface of our planet motivated more by greed and lust for power than a love of God's Creation.

I have my own biases.  I spent a large portion of my childhood learning life skills in the outdoors through the Boy Scouts.  In college I would major inbn biology.  God has always given me a reverence for his Creation.

Also, I am Catholic.  While I would be one the last people to read Francis' document on the environment, it is Catholic Tradition that compels me to respect all God has given us in Nature.

The mountains, rivers, and streams.  The birds, butterflies, deer, fish, cats and dogs.  The majestic vistas, cool valleys, and mysterious caves.   The blue sky, the sun, the wind and rain, and the seasons of the year.  When I focus on the altar of sacrifice, it is not just the angels and saints I imagine looking down on it, or us believers gathered in a church to receive the Bread of Life, it is also the stars, the heavens, and all life on earth that is oriented there.

I hope I've made a compelling rhetorical case for my conviction that "global warming" is likely if not certainly a reality, at least something to think about.

Tell me what ya'll think in the comment box below.  Whether you are an Okie or not, a trad or not, or a Catholic or not.  This is my reaching out again on this little blog.

Friends, a blessed remainder of Lent.  May the crosses you are given during this season gain you a higher and more glorious place in heaven, where St. John says God will create a "New Earth" (Book of the Apocolypse).

First, I made a penance not to blog during Lent.  Mitigating factos compel me to break the silence.

Second, since some personal trials of which more or less illuminated my conscience, I must confess I was at least in part imprudent and hurtful to make criticisms towards the new Tulsa bishop and certain priests of the diocese.  My angle was catalyzed by pride coupled with some self-serving desire for blog stats. While my goal was to call attention to what seems to be a dismanteling operation to undo the trad works of Bishop-Emeritus Slattery, there is a degree of culpability  in this which must enter the mind when making an Examination of Conscience before heading into the Confession booth.  When separating our criticism of the sin from criticism of the sinner, the line can get easily blurred.

Third, my health issues have take a turn in a somewhat more serious direction, so fellow friends, this post is about asking for prayers.  I'm functional, yet a weird pattern of symptoms have unfolded across my body in the last 7 weeks, which has been actually been more taxing to mental stability than to my physical contentment.  So while I heal--God willing, prayers--I'll chalk up my latest crosses as my Lenten penance and let this daily pleasure be a much needed balm for my mind.